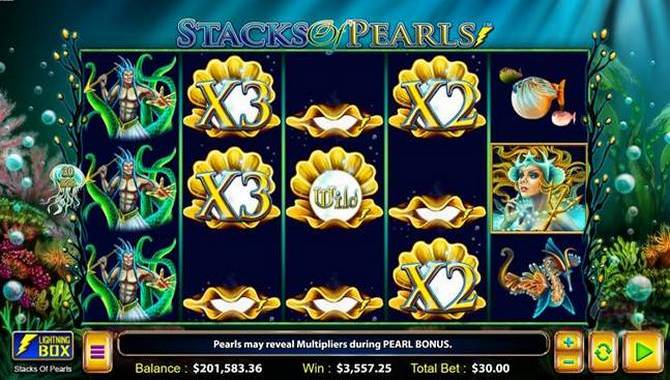 Slot design specialist Lightning Box is transporting players to the depths of the ocean in search of riches in its latest release, Stacks Of Pearls.

The 3×5, 30-line is set in a mystical underwater city and is home to creatures of the deep including the Kraken and the Goddess as players hunt for the gems which they guard.

Stacks Of Pearls contains a Respin Bonus feature which is triggered when the reels are stacked with Wilds and Wild multipliers. If two or three reels are fully stacked, they will only contain pearl symbols which could mean a maximum multiplier of 27x.

The Sydney-based supplier’s unique underwater offering has been available to Kindred’s customers on an exclusive basis, but is now available on general release via Microgaming’s network.

Peter Causley, CEO and co-founder of Lightning Box, said: “It looks like there’ll be a bit of a motion in the ocean with our newest game Stacks Of Pearls – a journey to see what lies beneath the waves.

“There are some really big wins on offer with our Respin Bonus feature meaning players could be in for bumper payouts.”

The Championships get $100 million international boost
2 months ago